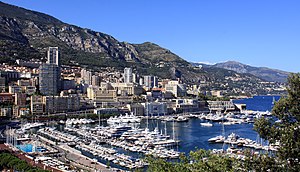 The Monte Carlo method calulates the odds or probability that teams will be selected to and win the Championship Tournament. A description of the method we use to calculate these probabilities and a list of assumptions and limitations to this method are discussed below. Teams must play 4 to 5 games before results are realistic.

The short answer for describing the method is that we use a “Monte Carlo” simulation to predict all outcomes. “Monte Carlo methods, or Monte Carlo experiments, are a broad class of computational algorithms that rely on repeated random sampling to obtain numerical results. The underlying concept is to use randomness ------------. They are ---- are most useful when it is difficult or impossible to use other approaches. ---" (source: Wikipedia).So let’s apply this to lacrosse, and specifically predict what is the probability a team will be crowned champion.

Lets understand the method applying it to Lacrosse. What we know?: We know a team’s regular season schedule and scores of games already played. What we do not know?: We don’t know the outcome of games yet to be played for the remainder of the season and post season tournament games

If we can predict the scores of games to be played, we can predict who will be champion! But obviously we cannot predict the future so where do we go from here? The answer is we use some basic assumptions and hypotheses that, if true, will predict a probable outcome when computed over a large enough sample. So let me repeat this in sport’s lingo. Every team plays a schedule of games and we guess at the score of each game that have not been played for the remainder of the season. Based on these scores, we predict who will get in the tournaments and advance to their final destination.

Now how do we predict the game score of a game yet to be played? We use a random number to generate the winner for each game but we bias the score based on the strength of the two teams playing each other. In this way, the outcome is semi-random, but favors the better team. How do we know the strength of each team? We use the power rating based on goal margin of victories of each team resulting in the better team winning in most contest. What this means is that if a team A is much better than team B, team A will randomly win a disproportionate number of games to team B. On the other hand, if team A and B are of equal strength, then team A and B will win about the same number of games if the sample is large enough. Thus for a particular game a weak team will occasionally beat a stronger team, but if we were to generate this game score multiple times the better team will win more often.

So if we apply this technique to one entire season and predict the outcome of remaining games, then we will get results but they will be at the mercy of the random numbers selected and final results will not be accurate. But what if we applied this technique to 100,000 seasons or simulations, where each season is replayed with new random outcomes of game scores. Then the results are no longer dependent on the random number but rather by the validity of the power ratings and other assumptions. This is analogous to gambling in Las Vegas. You may win a few times but over the long haul, the house will eventually rule. In short, we made an assumption that the power ratings accurately predict the strength of teams and that by running 100,000 simulations we managed to collect results that satisfy other guidelines (e.g., the NCAA selection criteria) to predict the final outcome. So it’s possible that a weak team can get lucky in defeating stronger teams all the way to the championship. It is highly likely though and that team will have a low or zero probability of being champion. On the otherhand no team is completely left out.

How do we get the final probabilities? We count for each simulation how many times a team advances and wins the tournament. Then we divide these results by the total number of simulations. As an example, team A wins the championship 10,000 times out of 100,000 simulations. Then team A has a 10% chance {10,000/100,000 )* 100} of being champion.

Why not employ the RPI Method instead of the PR method

We do not use rhe RPI method to predict probabilities because if does not provide relative strengths of teams in terms of goal margins and when used, much weaker teams would have a much higher probability to win the championship than would actually occur.